10 Reasons To Move To Los Angeles

10 Reasons To Move To Los Angeles

The Best Reasons to Move to Los Angeles

For those across the country who either live in very cold or hot climates, Los Angeles can be a haven for good weather. The coldest month in Los Angeles in December. During this month, the high-temperature averages 67 degrees with an average low of 47 degrees. These temperatures sound like heaven for those coming from the frigid cold of the Northeast or the humid heat of the Gulf Coast region. The fact that temperatures do not vary as much as the rest of the country benefits those who live there.

2. Proximity to the Ocean

In particular, California and Los Angeles have always been known for their location on the Pacific Ocean. In fact, the stereotypical Californian myth was built on the surfer types along the beaches in the area. Los Angeles’ location and availability of beaches have made it an ocean lover’s mecca. Some of the most famous California beaches are only a few miles apart and can be enjoyed from the city. If someone is bored of the local beaches, a drive along the Pacific Highway will lead you to many more to enjoy.

Los Angeles ranks just behind New York in most spots for the best nightlife scene in the country. Part of the experience for great nightlife is variety, and Los Angeles has it. From cocktail bars to dance venues and some of the best live music around, the city is a great place to hang out after hours.

Being one of the most culturally diverse cities globally, Los Angeles offers some of the best food around. Restaurants and especially food trucks can be found in every area with a variety of choices. You can grab Chinese, Mexican, or French food on almost any block in Los Angeles, along with many other types. The area is known for its chefs and their spectacular creations. The food trucks in the area have a huge following that will drive to locate the trucks whenever a new location is tweeted.

As we have discussed in food and nightlife, the culture of Los Angeles is extremely diverse. This affects everything from the music scene to art. You can spend weeks visiting several museums around the city on a wide range of culturally diverse topics. Concerts are other music venues where you can find other diverse slices of Los Angeles culture. Los Angeles is truly a city of the world, and it shows in the population.

The Los Angeles area is fun for not only fun for adults, but for children alike. There are not many cities that have several amusement parks like Los Angeles. Blessed with good weather, it is a perfect place for these cities of fun. The greater Los Angeles Area boasts the following places to enjoy.

California, as a whole and especially Los Angeles, is known for its healthy lifestyle. Who can blame them, with so many outdoor activities? Not only can you exercise outside in Los Angeles year-round, but some of the healthiest foods also got their start in the area. If you are looking for a place to live that supports its citizens’ health, Los Angeles is the place for you.

Aviation may have started with the Wright brothers in North Carolina, but the industry cut its teeth in Los Angeles. The area became the epitome of flight design and testing in the early days of flight. Large and famous aviation and aerospace companies got their start in the Los Angeles area. Still today, the Los Angeles area has dozens of flight schools where you can experience discovery flights, become a pilot at a school such as Ascent Aviation Academy, and train for the many flying career opportunities in and around Los Angeles. You can either take Private Pilot training or Commercial Pilot training

Creativity doesn’t always mean entertainment. Known for entertainment for decades, Los Angeles has become a city of innovation. Fashion and technical creativities are just as prevalent today, as is the entertainment industry in the city. Some of the most modern jobs are sought after in the Los Angeles of today. Many are making it in Los Angeles in these jobs, where once people would only flock to the city to be performers.

One reason for moving and enjoying Los Angeles is how close it is to different kinds of nature that can be enjoyed by the whole family. Within a few short miles, you can be swimming in the ocean or visit the desert. A different direction takes you to the mountains for a day hike. A small road trip, and you can be in one of California’s great state or national parks where spring waterfalls pound the Earth. Another day’s drive can take you to visit ancient trees. Although Los Angeles is a modern city, surrounding it is some of the most beautiful natural surroundings people can visit.

Los Angeles is a city known for its perfect weather and outdoor activities to go along with it. Its nightlife is of legend with the cultural diversity present in the music and dancing of the city. Food that you would need to search for in some cities can be found in single neighborhoods with top chefs at each one. You can learn to fly and swim in the Pacific Ocean all in the same day while maintaining a healthy body and lifestyle with the many fun activities to engage in. Ascent Aviation Academy is one of the best flight schools in Van Nuys. Check out their multi engine training. Or if you’re a beginner start with Discovery Flights.

I hope we help you with these 10 reasons to move to Los Angeles and wish you all the best. 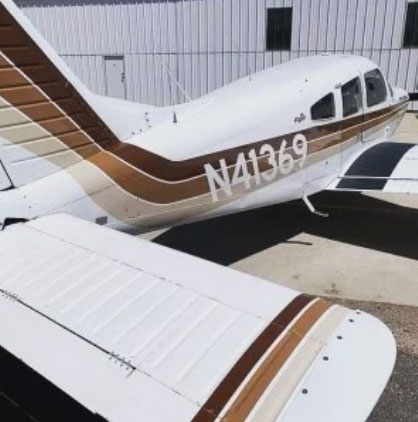 Los Angeles Pilot School Can Make Your Dreams a Reality