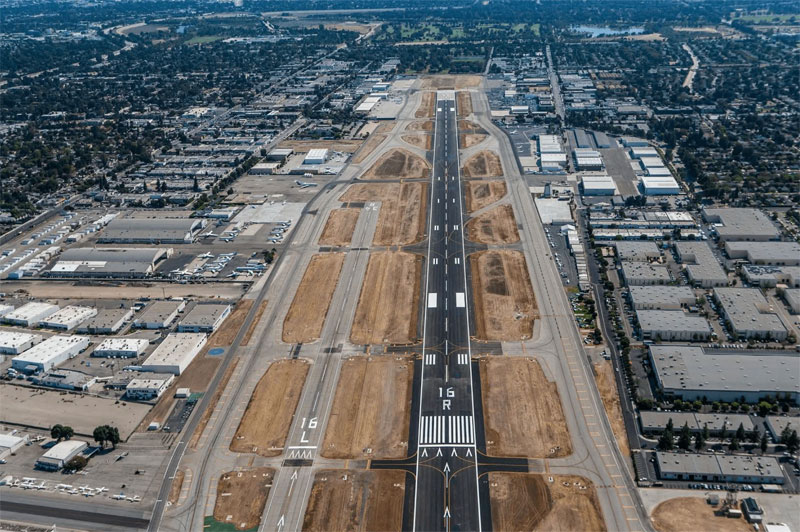 Van Nuys Airport (VNY) has all the elements of a blockbuster film—action, adventure, war, world records, movie stars, mystery, and suspense. It’s the story of success, defeat, and reinvention—the ultimate "little engine that could" —and yet it can be considered one of the largest "hidden gems" in Los Angeles because there is so much to learn and experience—and much of it is free.

Spanning more than 730 acres of land, VNY is located in the heart of the San Fernando Valley. With an FAA Tower and two parallel runways—an 8,000 foot main and a 4,000 foot training runway —it is one of the busiest general aviation airports in the world with over 700 non-commercial planes flying in and out daily, averaging 217,000 takeoffs and landings a year. It is also home to over 100 business tenants on surrounding blocks around the airport.
Along with Los Angeles International Aiport (LAX), VNY is owned and operated by Los Angeles World Airports (LAWA), under the direction of a policy-making Board of Airport Commissioners appointed by the Mayor of Los Angeles.
In 2016, the Los Angeles Economic Development Corporation issued an economic impact study that reflected Van Nuys Airport’s position as an economic engine contributing $2 billion annually to the San Fernando Valley region, supporting over 10,000 jobs.
As of June 2017, Van Nuys Airport is the only general aviation airport to hold Level 2 reduction in Airport Council International’s Airport Carbon Accreditation program. VNY is working towards the highest standards to become greener, cleaner and more efficient.

VNY is an excellent place to flight train. You will be flying at an advanced airport and right beside jets from day one. Your radio calls will be far better than if you had trained at a small airport and your Towered airport opps will be as well.

Choose Ascent Aviation Academy located at Van Nuys Airport in Los Angeles and let your dreams and passions take flight.  We can’t wait to hear from you about your pilot training CA.