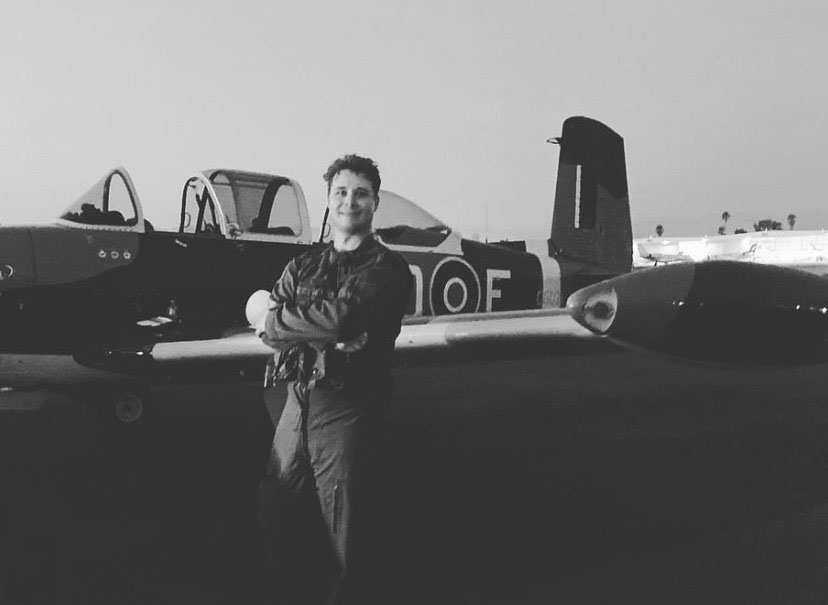 Seth has been flying planes and helicopters as long as he can remember. At 15 years old he took his first flight in a Robinson R-22 rotorcraft and has been made aviation his top priority ever since. At 20 Seth began his journey into fixed wing aircraft. Today, 15 years later Seth has been training others for 7 years and has over 5,000 hours of Dual instruction given in the fixed wing platform and a 100% pass rate on all checkrides, as well as over 7,000 Total time. His alumni and the pilots he has trained include pilots that are now flying for outfits such as: US AIR FORCE, US ARMY, Jetsuite X, Skywest, Spirit Airlines, Envoy Airlines, Air India, Fedex, Delta, General Atomics, Ameriflight, UPS airlines and many more.

Seth has built a network within the local aviation community and has become a trusted leader within the Van Nuys and SoCal aviation community and leads seminars on occasion for the FAA. Seth is a very hands on owner, he is in 6-7 days a week unless he is on a mission at his part time gig with a military contractor where he pilots A-29 and T-34 Aircraft.You can trust that with Seth as chief pilot you will truly receive top level mentorship and a gold seal training experience. Seth has chosen to stay in the education sector of aviation and build the ultimate training experience for future pilots in and around SoCal and beyond.

As the Owner of Ascent Aviation Academy Van Nuys, I have always run the business with a very specific set of rules. 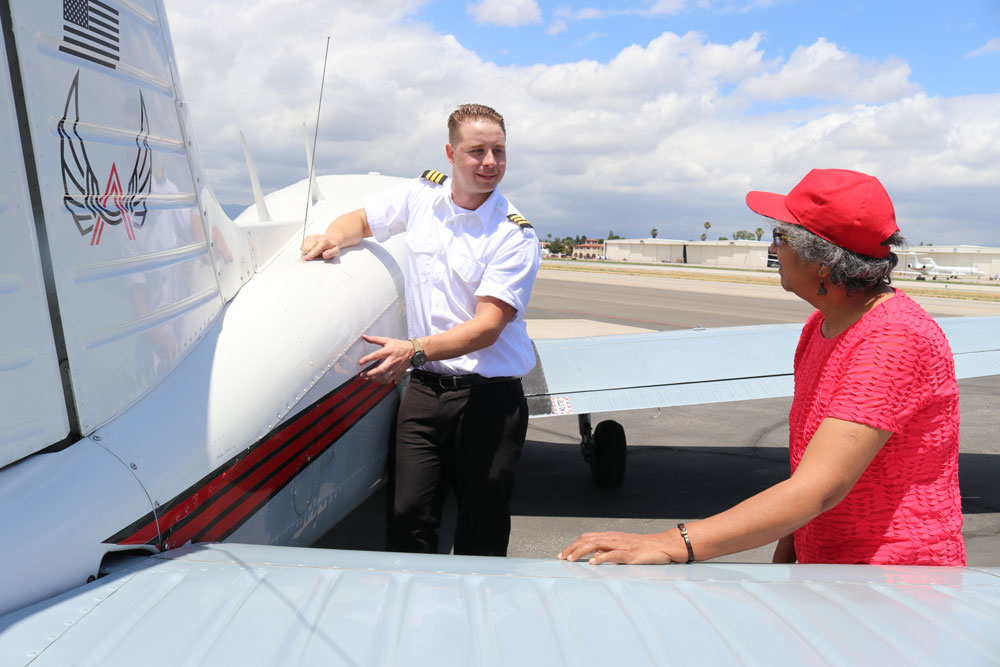 Andy has been instructing for 5 years in and around the SoCal area.  With over 2,000 Dual instruction hours he provides a very direct and modern approach to flight training.

Andy has always gone above and beyond in making sure he produces safe and knowledgeable pilots. When he is not helping students at Ascent Aviation Academy with their training he is a Senior captain at Jetsuite X and fly’s the ERJ. 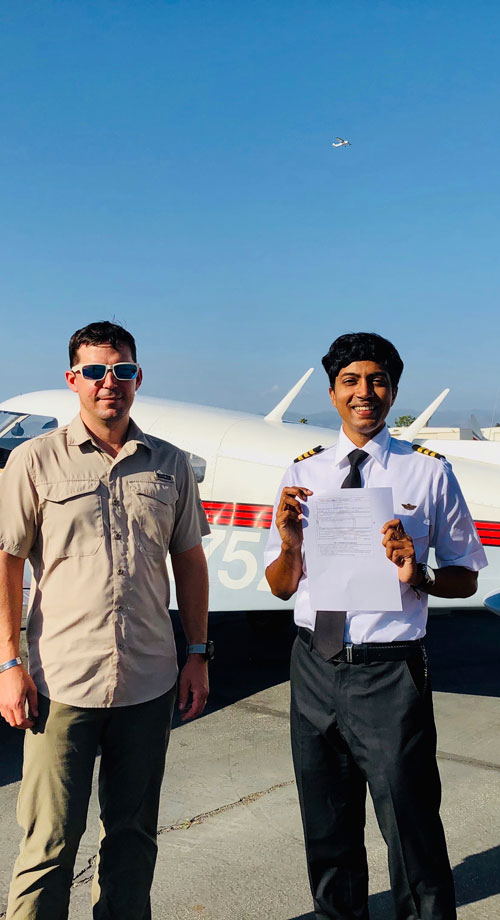 Seth is a retired AIR FORCE pilot and now works as an DPE  (Designated Pilot Examiner) and CFI. Having Seth on board at Ascent means no waiting months for a checkride.  He provides a relaxed checkride environment and has experience in many different sectors within aviation.

Checkrides are stressful, but I take a professional approach to each applicant and do my best to create a relaxed environment. I WANT you to succeed in your aviation pursuits, and nothing makes me happier to see the satisfaction on the face of a pilot after a successful checkride.  -Seth Lake (DPE) 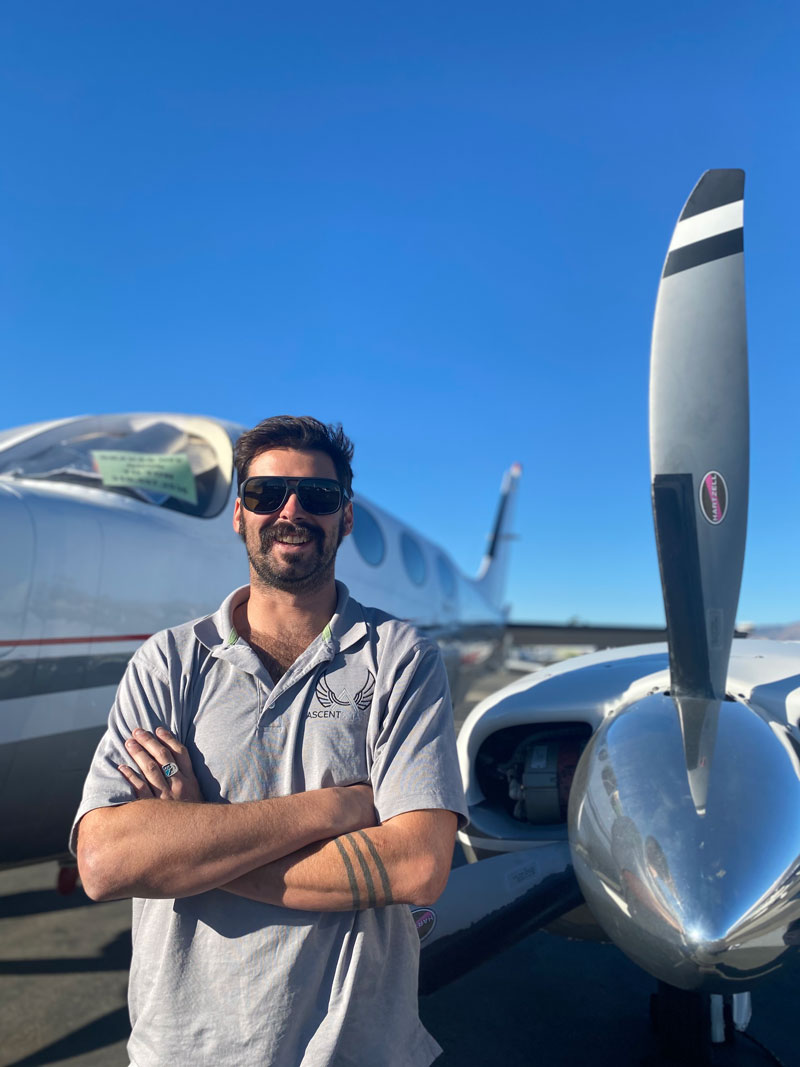 Dallas has been flying airplanes for several years in and around the Socal Area. His home airport has been KVNY from the start and he is very well versed with operations in this area as well.

He has over a thousand hours in pipers and is a great addition to our team here at Ascent Aviation Academy.  Dallas is a favorite among the students here at Ascent too and has a lot to offer to students and our flight school alike.

Dallas is a great example of what our flight school has to offer.  He is someone who started as a student pilot here at Ascent Aviation Academy and worked his way all the way up to the ranks of CFI.

We are very glad to have him here with us and you can be assured he will provide a high level of professionalism and safety as your instructor. 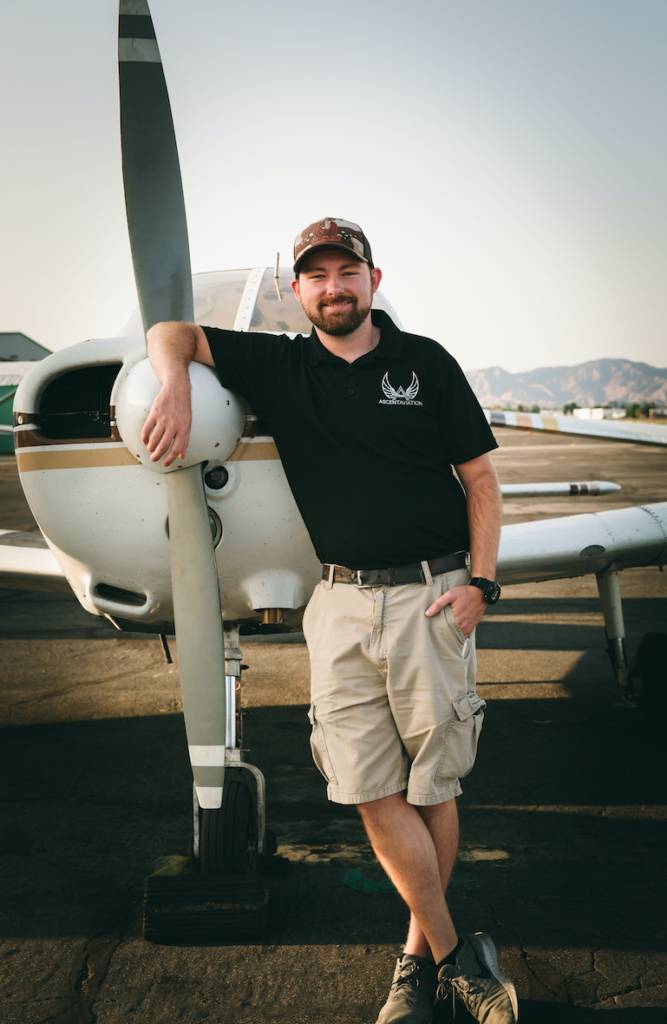 Hailing out of Tennessee, Nathan is a CFII with over 1000 hours of flight time and is an expert in the IFR training arena. He has many hours in actual instrument conditions. Alot of instructors in the socal area only like to do simulated IFR which hinders your skills in the future, NOT this guy. Nathan is all about getting into the actual IFR environment and giving students a real world education. Nathan has a very precise style of teaching and is training you for a license from day one. 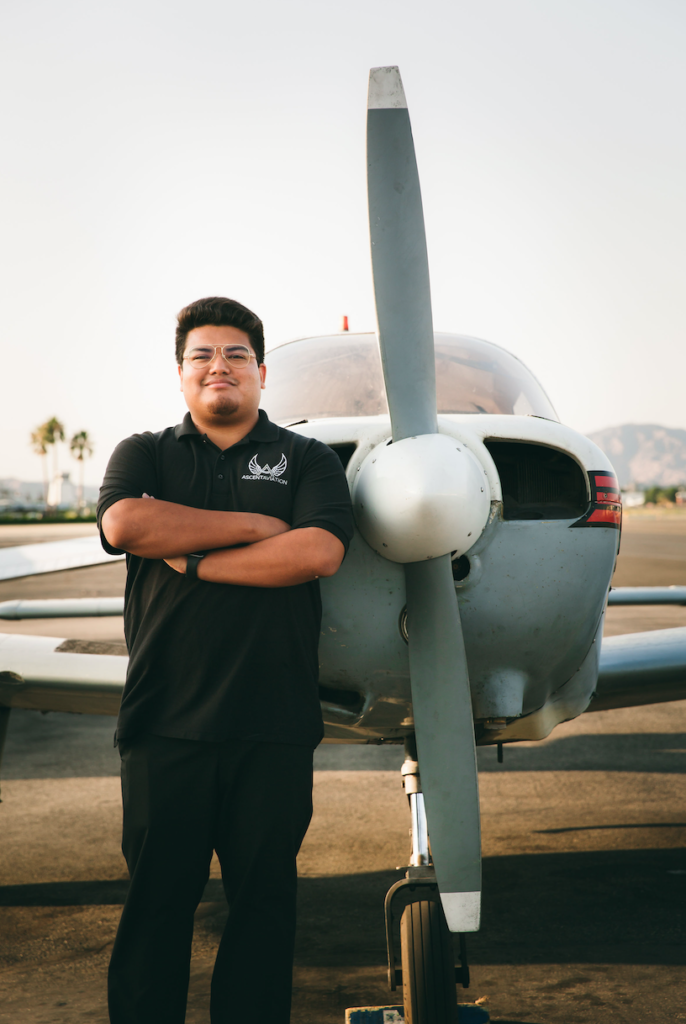 Sergio was born in raised in the Eagle Rock area here in LA and has been with us for 3 years. He started as a student here at the age of 18 and worked his way up through our career path program. He is an extremely experienced pilot who not only passed ALL of his checkrides on the first try including the brutal CFI INITIAL as well as a 100% pass rate on all of his applicants since becoming an instructor. He is Bi-Lingual and fluent in Spanish as well as English. Sergio knows the Ascent operation in and out and is a huge asset to our team. He may be the youngest but in the cockpit he is a perfectionist and has taken many aspiring pilots to the finish line. 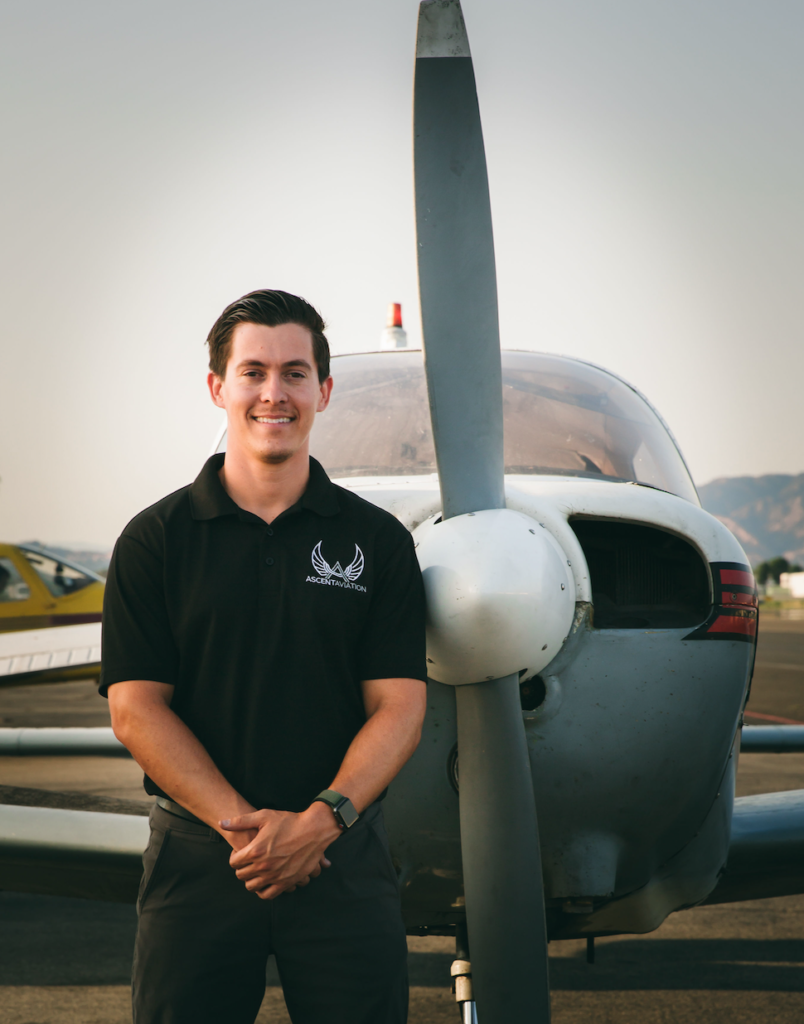 Connor is a new addition to the Ascent Team. He was born in the U.S. Territory of Guam and decided to follow his dream of becoming a pilot in 2018.  He is committed to providing quality flight instruction for current and future aspiring pilots in the Los Angeles area. He is dedicated to his craft and is energetic about sharing his love of aviation. 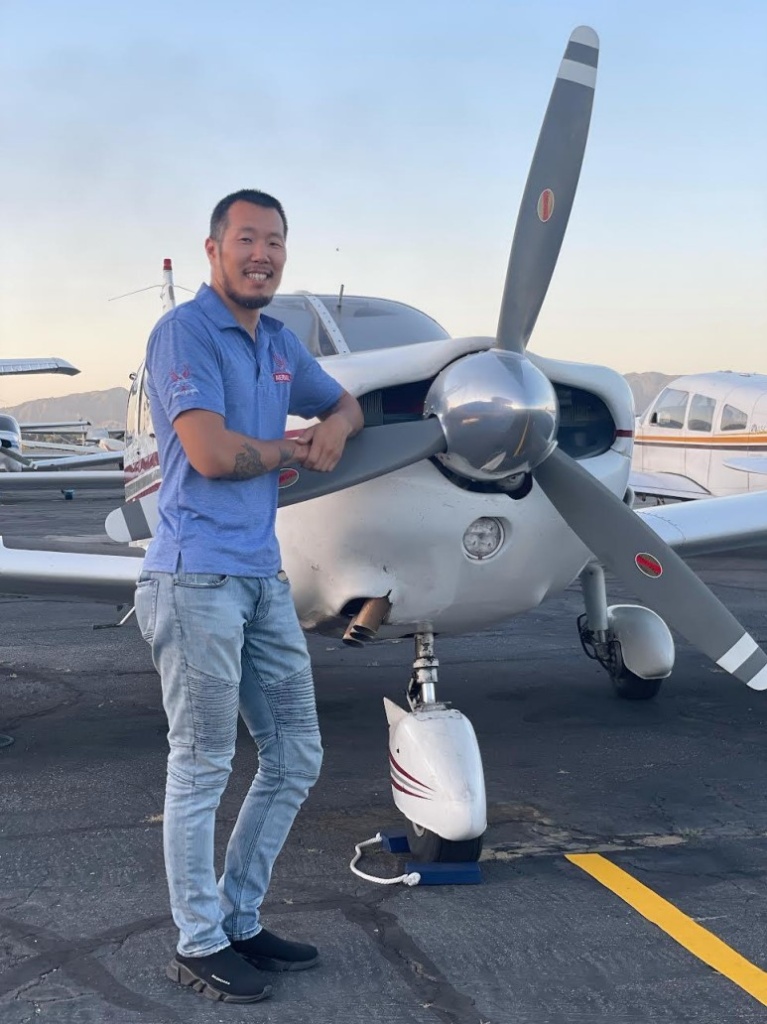 Born and raised in the US, Andrew has done most of his training out of Van Nuys, so he’s very familiar with the airspace we fly. He has a very Zen and professional teaching style (we’ve nicknamed him the Korean buddha for good reason) so if you’re prone to getting nervous or anxious in your training, he’s a solid choice as your primary instructor. You’ll end up learning to be calm and confident like Andrew even in the most hectic flight conditions. He has been to all airports in the SoCal region, and has a lot of tips and tricks up his sleeve. He has been with us for a very long time now, taken many students to the finish line, and we have had nothing but great feedback from his students. 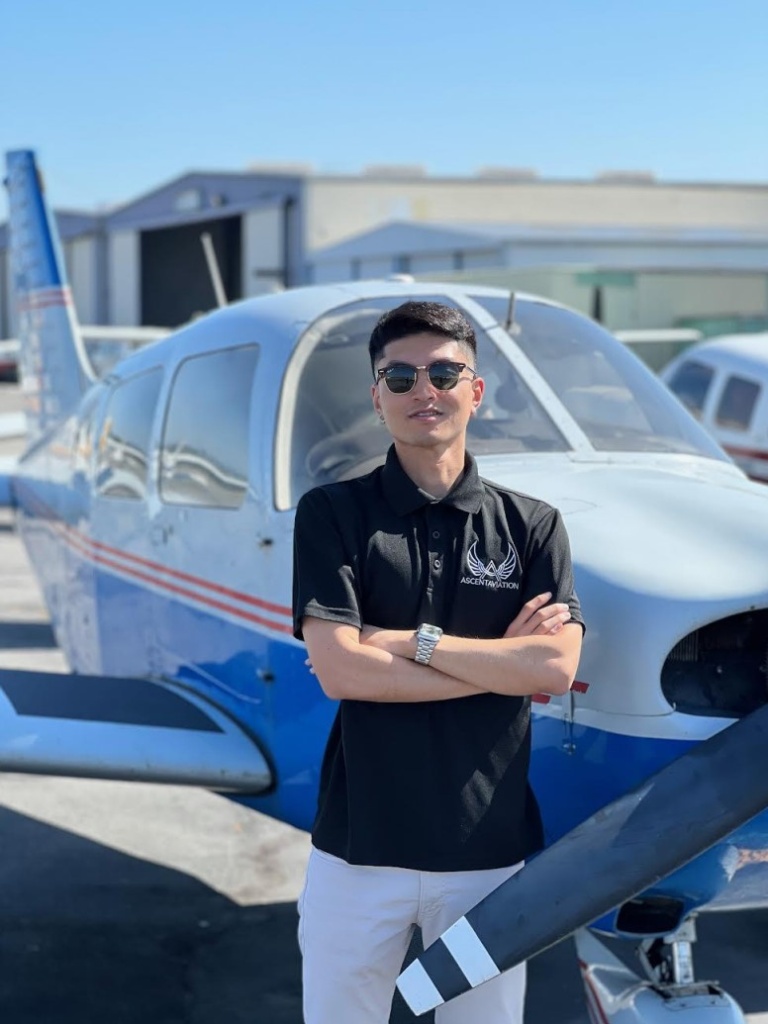 Yuuya is one of the best CFI’s SoCal has to offer. He has been a CFI for over 2
years, something that you will not find many of. Yuuya is a CFI/CFII/MEI and is
decked out with all the ratings he needs to take a student from their first flight
all the way to their first job as a career pilot. He has a super dedicated student
load here at Ascent and is an all around Ace in the cockpit. Yuuya is Korean,
Japanese, and American and also is Trilingual in being able to speak all 3 of his
origin languages. 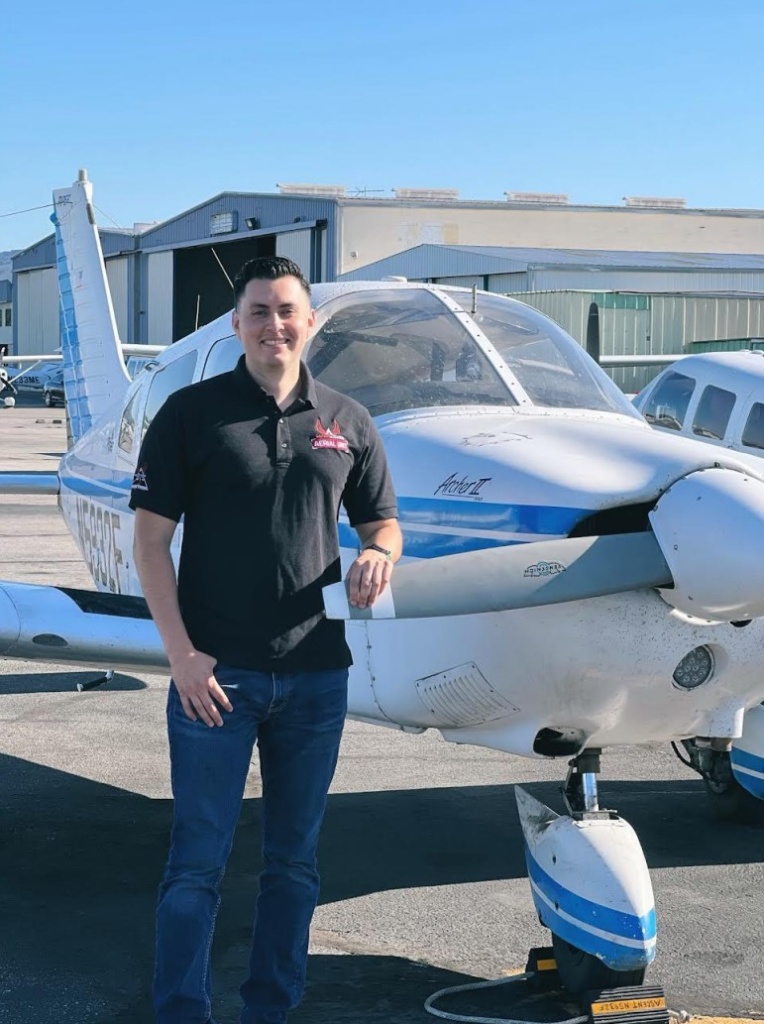 Vazquez was Born and Raised in Southern California, grew up right here in the San Fernando valley. His passion for aviation started at a very young age, as long as he can remember his goal has been to become a pilot. He originally started flying for fun but quickly realized he did not want to do anything but fly so he decided to take it to the next level and make it a career. He has been flying in and around southern California for 10 years. Vazquez Started taking lessons in 2012 received his PPL in 2013 and has been flying ever since. Vazquez comes from a Spanish speaking family and is fluent in English as well as Spanish. Altogether we see Vazquez as being extremely enthusiastic about flying and sharing aviation, as well as providing a quality, fair, and enjoyable atmosphere for all of his students. 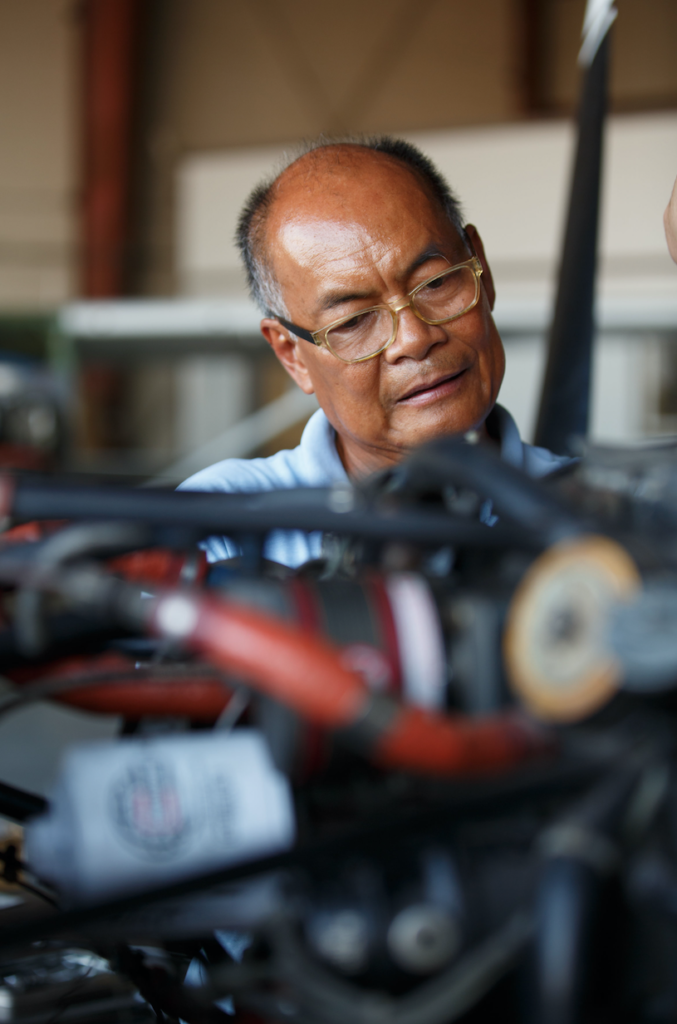 Alan is our Lead mechanic, he has been working on piston, turboprop, and Jet aircraft since the 70’s right here out of Van Nuys, California. He has earned many awards over the years and has an incredible reputation here at KVNY. You will be hard pressed to find anyone that is involved within the aviation community in Van Nuys that does not know who Alan is. We are only as good as our mechanic at the end of the day and we are very lucky to have him as our in house mechanic he continues to make sure we maintain our 100% Safety record. 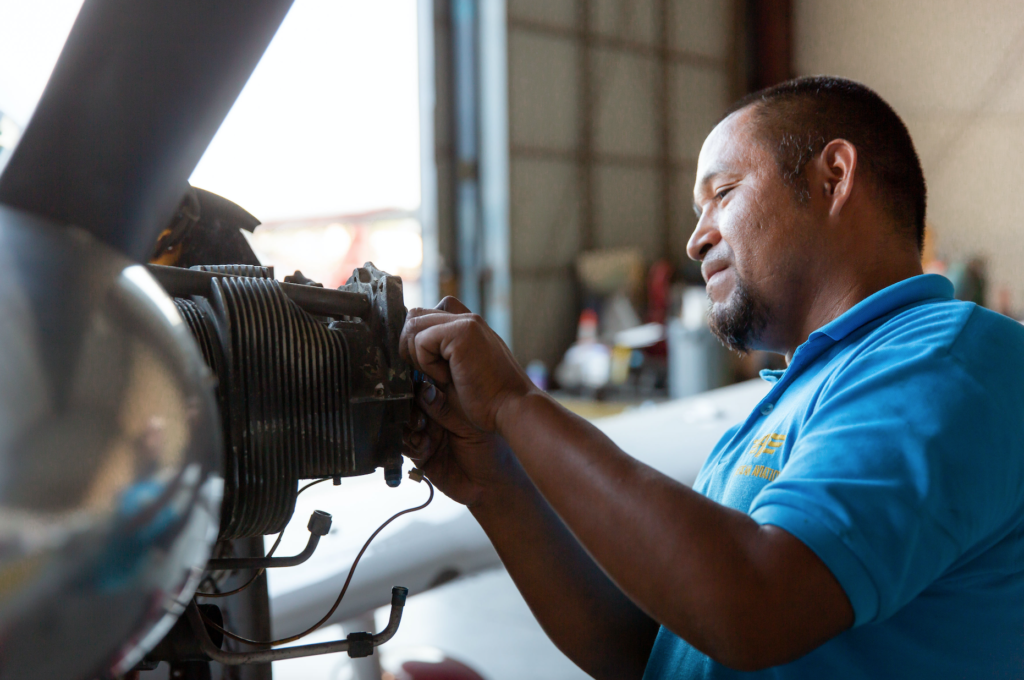 Miguel is a mechanic who has been working on airplanes alongside our lead mechanic Alan for over 10 years. He is one of the best in his industry. He is full time and helps us keep our fleet top notch. He has a “Get it done right the first time” Attitude and plays a huge role in keeping our Airplanes Amongst the safest in the industry.

Congrats to Carmina on passing her Private checkri

Congrats to the 11 students here at Ascent that pa

Congrats to George Diaz on first solo this evening

Congrats to Evan (career student) on getting his p

So good to see these familiar faces. Sooraj and hi

The legendary Lycoming 0-320. Sure do look good wh

Congrats to Alex csak on his first solo! Nice job

Congrats to Edmond (Aka Polar Bear) on his first s

There has been a problem with your Instagram Feed.

Let your dreams take a flight!

Choose Ascent Aviation Academy located at Van Nuys Airport in Los Angeles and let your dreams and passions take flight.  We can’t wait to hear from you and offer you the training you deserve.